Is There a Connection Between Diet and Acne?
Dr. Aimee Paikacne

Is There a Connection Between Diet and Acne?

Is There a Connection Between Diet and Acne?

As a dermatologist, my acne patients ask me all the time whether there are foods they should avoid - or eat - to help their skin. While a seemingly innocent question, the relationship between diet and acne is surprisingly controversial. Pre-1960s, foods were commonly blamed for causing acne. Despite little scientific data, baby boomers were routinely advised to avoid chocolate, fat, sweets and carbonated beverages. Two studies challenged this dogma in 1970 and concluded that foods like chocolate did not cause acne. While these studies suffered from major flaws in their research design, they were nonetheless paradigm shifting. The role of diet in acne was completely discredited by the medical community for decades to come. But the pendulum swings again. Today there is mounting evidence to suggest that foods may indeed play a role.

The history of the diet and acne connection

During the years when the role of diet was dismissed, a general practitioner reported his experience treating Inuit (Eskimo) people as they acculturated to modern life. He noted that acne was absent when living and eating in their traditional manner, but the rates of acne became similar to that of Western societies as they became acculturated.

Acne is nearly universal in the westernized world affecting 75-95% of adolescents. In stark contrast, acne was found to be completely absent in two non westernized populations -- the Kitavan Islanders from Papua New Guinea and the Ache hunter-gathers of Paraguay. The Kitavan diet notably lacked Western refined foods such as cereals, chips, cookies and bread. Instead, their diet consisted mainly of low-glycemic tubers, fruit, fish and coconut. Researchers began to revisit the question of diet and acne.

Foods that can cause acne

Acne has been associated with a high glycemic diet in multiple studies. Glycemic index (GI) is a relative ranking of how quickly carbohydrates are digested into blood glucose. Carbs with a high GI are rapidly digested and cause a sharp rise in blood glucose (think white bread, candy, french fries). They are usually heavily processed and often contain refined flour or sugar. Carbs with a low GI are digested more slowly and cause lower sugar spikes (think whole grain bread, fruit, vegetables). Low GI foods tend to be less processed and contain more fiber, which helps slow digestion. A food’s glycemic load (GL) takes into account both the quality and quantity of carbs eaten. 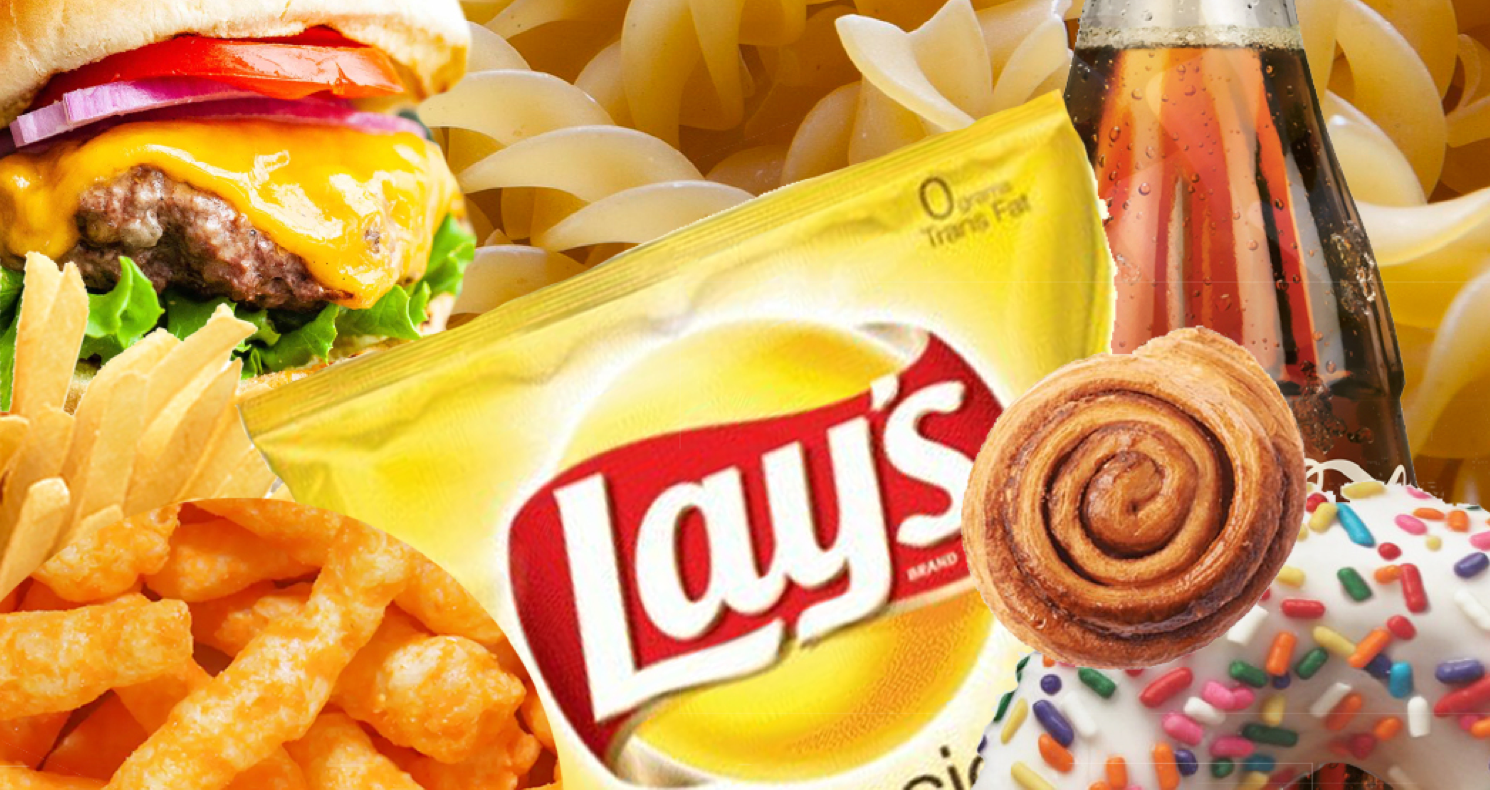 The body responds to rapid rises in blood sugar by producing insulin, which in turn stimulates the body to produce androgens (aka “male hormones”). Androgens cause acne by promoting plugging of pores and increasing your skin’s oil production. Insulin also triggers the production of insulin like growth factor-1 (IGF-1), which further increases the production and bioavailability of acne-causing androgens. Not only has acne been associated with a high glycemic diet, the severity of acne also appears to correlate with the glycemic load of one’s diet. Individuals with severe acne were found to eat more poorly with higher GI foods than those with milder acne.

Drinking low-fat/skim milk has been associated with acne. Strangely the same association was not found with whole or reduced-fat milk. Another study found acne to be associated with drinking 5 or more glasses of milk a day but the type of milk was not specified. Despite a low glycemic index, milk has been shown to cause insulin spikes. In other words, milk behaves like a high glycemic food despite having a low glycemic index. Moreover, milk contains hormones produced by lactating cows that may also play a role. It’s speculated that the processing required to produce skim milk may make these hormones more available, making skim milk more comedogenic. How about other dairy products? While there is limited data, ice cream has been associated with acne.

Chocolate appears to worsen acne, independent of glycemic load. The milk and sugar in chocolate may be exacerbating factors. But 100% pure chocolate (cocoa) -- devoid of milk and sugar -- was also found to cause acne breakouts.  A high-fat, high-sugar dietary pattern was linked with acne, which also included chocolate.

Amazingly, switching to a low glycemic load diet (LGLD) has been shown to measurably decrease acne. With no other acne treatment, switching to a LGLD improved acne and resulted in weight loss after 12 weeks.

Another study corroborated these results, even in the absence of weight loss. Acne was reduced by 70% in the group that changed their diet, whereas there was no change in the control group. Inflamed lesions (i.e. pimples and whiteheads) were measurably less 5 weeks into the dietary change. The reduction of blackheads took a longer time (10 weeks), which reflects the longer time to form a plugged pore.

Daily consumption of 30 grams of fiber in the form of high fiber breakfast cereal has been shown to improve acne. Eighty percent of adherents to the popular South Beach Diet -- essentially a low glycemic load diet -- reported a reduction in acne.

Soy appears to be beneficial for acne. Two studies showed that supplementation with 160 mg of soy isoflavone improved acne, whereas lower doses did not show benefit. Soy isoflavone acts as an antiandrogen, which may explain its protective effect. Many soy-based beverages and foods contain added sugar, however, which may negate their benefit.

What diet would a dermatologist suggest?

What does all this mean for someone who has acne? What would a “non-comedogenic diet” look like? It’s best to avoid refined sugar and flour. Processed carbohydrates like white bread, white rice and many packaged snack foods such as chips and crackers should be avoided. It’s also best to avoid sugary beverages, chocolate and other sweets. Instead, minimally-processed carbohydrates such as whole grain bread, pasta, and brown rice should be substituted in. Eating more fruits and vegetables and lean proteins like fish, poultry, and beans is beneficial! A good ratio to aim for is 25% energy from protein, 45% from low-GI carbohydrates (including fruits and vegetables), and 30% energy from fats. It may be best to avoid milk and other dairy products but if you’re eliminating dairy, you may want to take a calcium supplement. While genetic and hormonal factors are usually blamed for acne, diet also appears to play an important role!

Should Cosmetics Be “Gluten-Free”?

A common myth is that your skin can "get used to" skincare... but is it true?

Should Cosmetics Be “Gluten-Free”?

Does this popular food claim belong on your skincare?

An investigative look at a pervasive myth that just won’t die!